By James Pero For Dailymail.com

NASA scientists say they’ve made a sweet discovery while analyzing three meteorites that crashed to Earth.

On Tuesday, NASA announced that they’ve found the first evidence of sugars on meteorite specimens which adds to a growing body of evidence that their parent objects, Asteroids, may carry the building blocks for life.

‘The sugar in DNA (2-deoxyribose) was not detected in any of the meteorites analyzed in this study,’ said Danny Glavin, a co-author of the study at NASA Goddard in a statement.

‘This is important since there could have been a delivery bias of extraterrestrial ribose to the early Earth which is consistent with the hypothesis that RNA evolved first.’ 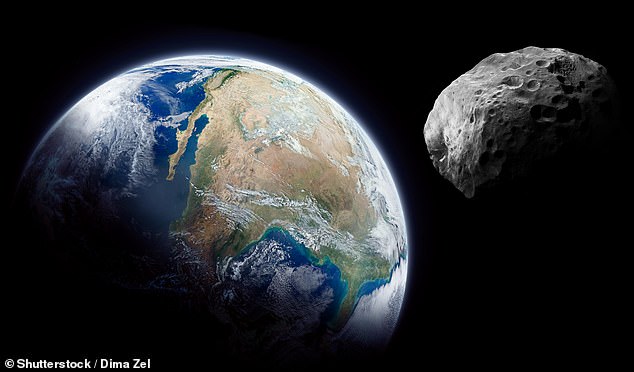 Meteoroids studied by researchers from NASA were found to contain several types of sugar including ribose, which is a building block for organic life (Stock image)

Among the sugars identified are ribose, arabinose, xylose, and lyxose – not sucrose which sweetens refined sugar on Earth. Those sugars, say researchers, were formed as the result of chemical reactions that occurred in space.

The existence of ribose in particular is a significant finding since its the primary ingredient in RNA, a fundamental agent in all biological life – especially early on in Earth’s history.

Another building blocks of early life, amino acids, have also been identified on meteorites in the past.

Researchers say they’ve ruled out the possibility that those sugars were actually picked up upon the meteorites’ contact with Earth by analyzing the isotopes.

WHAT IS A METEOROID?

A meteoroid is a small chunk of asteroid or comet.

When it enters Earth’s atmosphere it becomes a meteor, fireball or shooting star.

The pieces of rock that hit the ground are meteorites, and are valuable to collectors.

The remnants must be analyzed by a lab to be accredited as meteorites.

Samples contained carbon-13 instead of the more common carbon-12 and was heavily enriched beyond the amount that scientists usually see in biology here on Earth.

Researchers plan to further study meteorites to get a better idea how common the sugars may be and also the sugars’ characteristics.

Since ancient meteorite impacts from long ago may have delivered the biological material that lead to life forms, scientists stand to learn something about how those organisms evolved into what we see today.